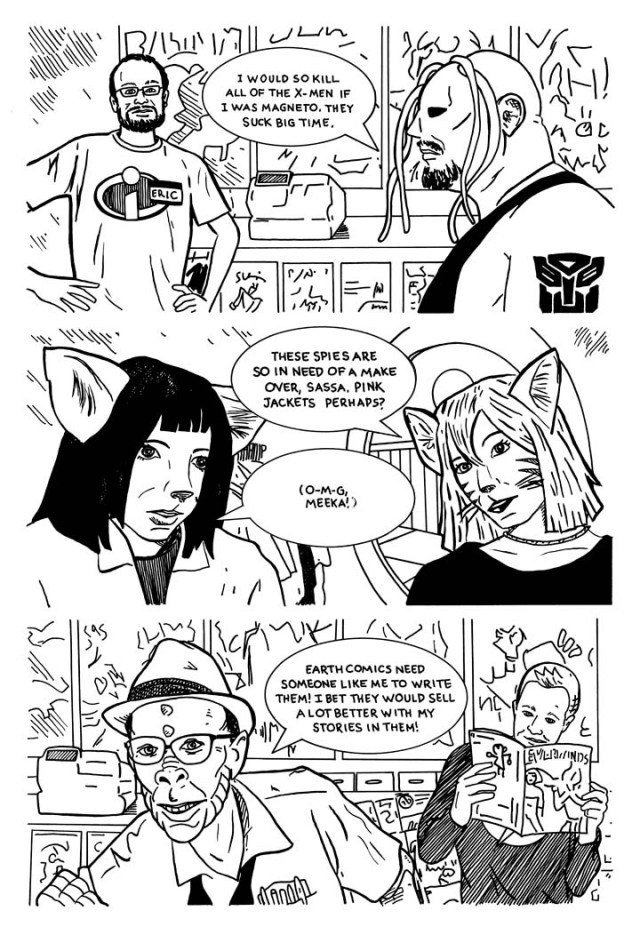 Steve Peters received a Xeric Grant in 1996, which he used to self-publish Awakening Comics. In 2006, he won the Gene Day Memorial Prize for a magical realist comic called Chemistry. He met Bianca Alu-Marr at an open mic in 2003 (Steve was playing music and doing the sound, Bianca was reading her poetry). The Comicverse is one of many projects they have collaborated on, and their most popular. Bianca is the writer and and Steve is the artist. Sometimes Bianca writes and plots the stories; many stories are co-plotted by Bianca and Steve.
View all posts by thecomicverse →
This entry was posted in 2013 weekly Strips and tagged Aki, Alien, Alternative, Awakening Comics, Bianca Alu-Marr, Brian Payne, comic book, comic book shop, comic shop in space, Comicverse, Dragon, Independent, Oaijuin, Rei, sci-fi, Science Fiction, Self-published, Small Press, Space station, Steve Peters, The Comicverse, Ying, zinc comics. Bookmark the permalink.